A prim staff is also a calendar, and it has belonged to the old peasant society for centuries. It has no dates, but a notch for each of the days of the year, arranged in a summer page and a winter page. But in the old peasant society, the calendar was not over when the year was over: After winter comes spring, and every time the calendar was turned, on April 13 and October 13, it was just a repetition of the year before.

The prim rod can be shaped like a ring, but most often like a rod. But even as a stake, it presents the year as a cycle, beginning anew as soon as it ends: Next year, the days will come just as they came this year and last, weekdays and holidays, the most important with their own marks carved into the stake. Some brands stand for a holy woman or man who has given his name to the day, such as Sankt Hans or Marimesse. The mark for Sankt Hans can be an hourglass, because already at midsummer the countdown to midwinter begins, and the hourglass shows how far it is until the next time the glass is to be turned. Mary's mark can be a tree for spring and fertility, or a crown that shows that she is the queen of heaven. Other marks should remind the farmer of chores on the farm: the scythe on the day of mowing and the knife on the day of slaughter. The anniversaries are annual, with their permanent place in this year's cycle. About the time in the old peasant society we can say that it is a cyclical time.

We no longer live in the old peasant society, and our time is no longer cyclical. We believe in progress and put time behind us on the road to an ever better future. We are advancing along a timeline that points straight ahead, and as soon as the present has become past, it is irrevocably lost. While the time of the ancients was cyclical, our time is linear. And today's calendars say nothing about practical chores. The holidays that are still marked, such as May 17 and Christmas, are remnants of the old days, when everything was repeated year after year.

Just as the people of the old peasant society regarded the year as a cycle, so they also saw the individual human life. This year's cycle was shorter than the life cycle, but in both cycles things repeated themselves in a fixed and predictable order: When the old died, the young would take over, and generations would follow in the footsteps of generations. Just like the year, life had its fixed holidays: birth, marriage, death. Maternity, wedding and funeral beer were celebrated according to traditions that were passed down from generation to generation for hundreds of years.

The attic at Drammens Museum once stood on the farm Rue in Hol in Hallingdal. It is nicely lapped and the interior is decorated with both woodcut and rose painting. It was the farm's state room and guest room and was used when the holidays were to be celebrated with guests. In the attic we have made a small exhibition about the cyclical time. One part of the exhibition is based on the primstav (norwegian calendar stick). We have found a couple of primstav, and other objects in the museum collection that correspond to the marks on the rod. We have also have axes, millstones and frying pans, associated with the martyrs of the saints in Catholic times. And then we have a fishing hook, rake, scales and many other things, which after the Reformation abolished the worship of saints, were interpreted as reminders of practical chores on the farm.

The second part of the exhibition illustrates the life cycle with photographs of the family on Rue. We see parents grow old and their children grow up and even becoming parents of a new generation. In the oldest pictures, the Rue people are dressed in the local costume, just like the ancestors who had holiday clothes, clothes and silver kept in the chests in the attic. We see the rich uncle in America, and others who traveled to the city to educate themselves and become city people with city clothes and a life course that was unlike anything in the family's past. This is how we see how people left the cyclical time and entered the new linear time.

Curator of the exhibition at Rueloftet 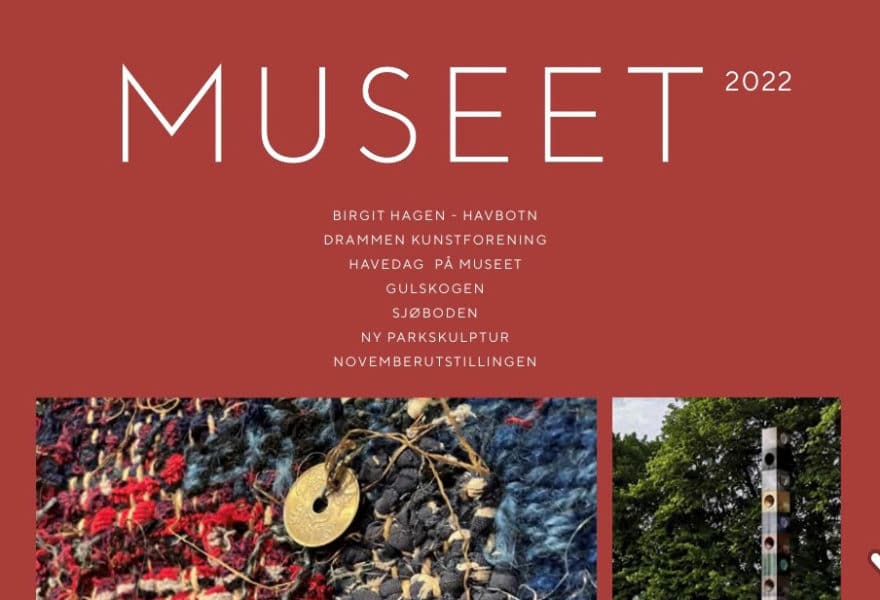 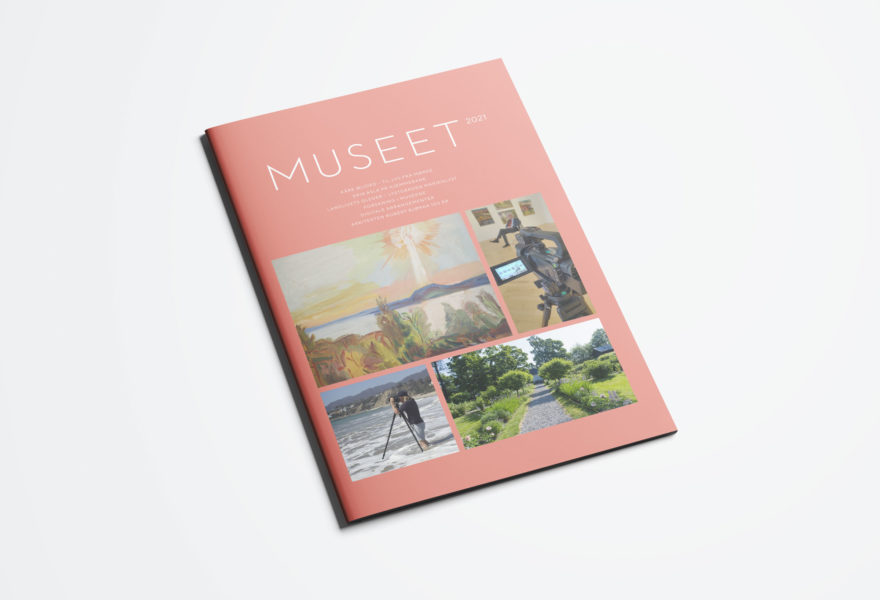 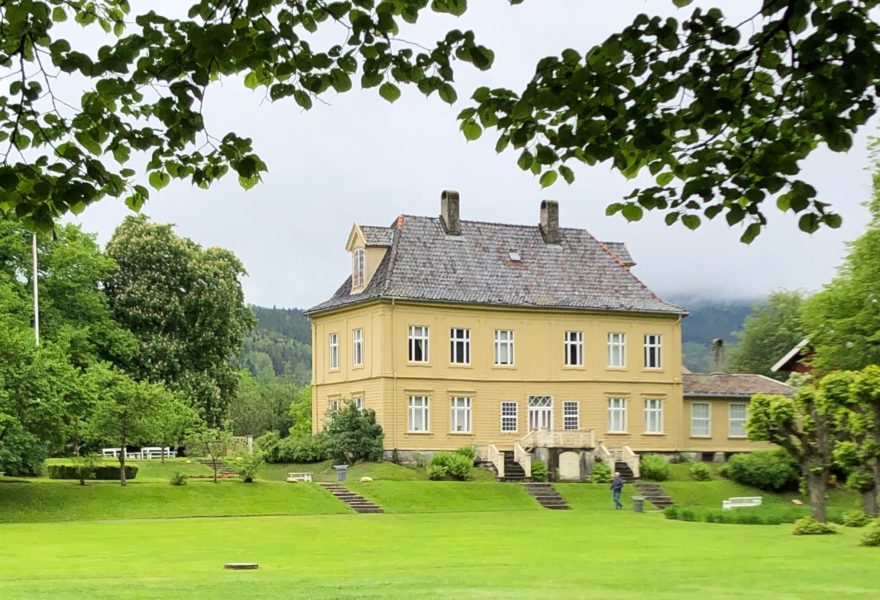 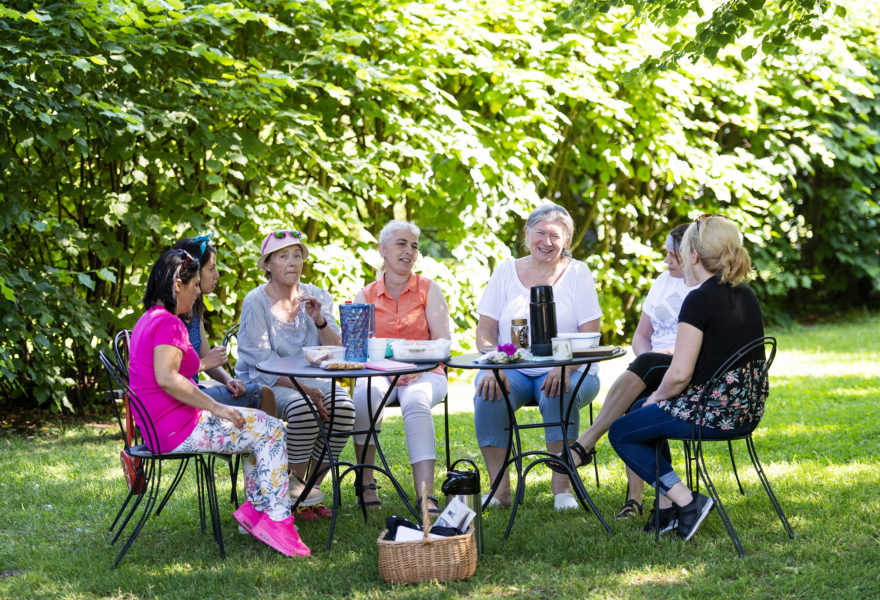 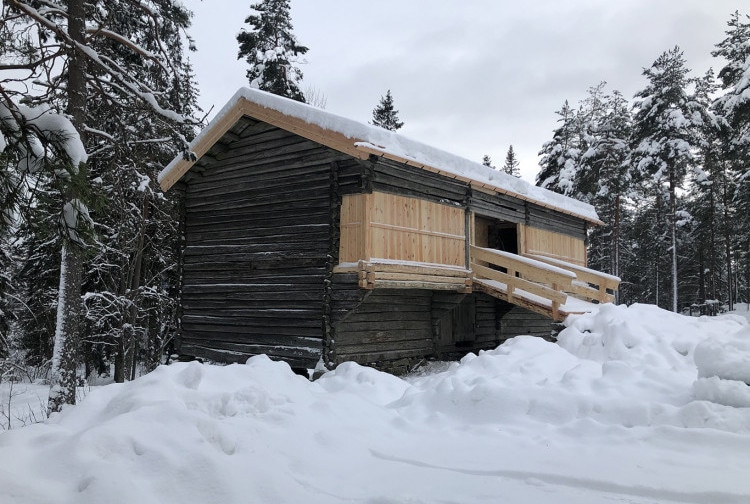 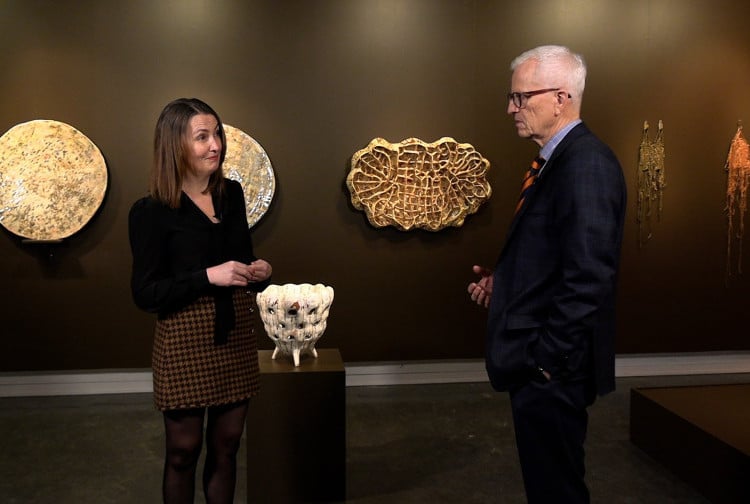 What Looks Good is Good

We have the pleasure of presenting new works in the collection in the Exhibition Room in the Museum Building. The purchased works are by the artists Ulla-Mari Brantenberg, Marit Tingleff, Ann-Cathrin November Høibo and Tron Meyer.