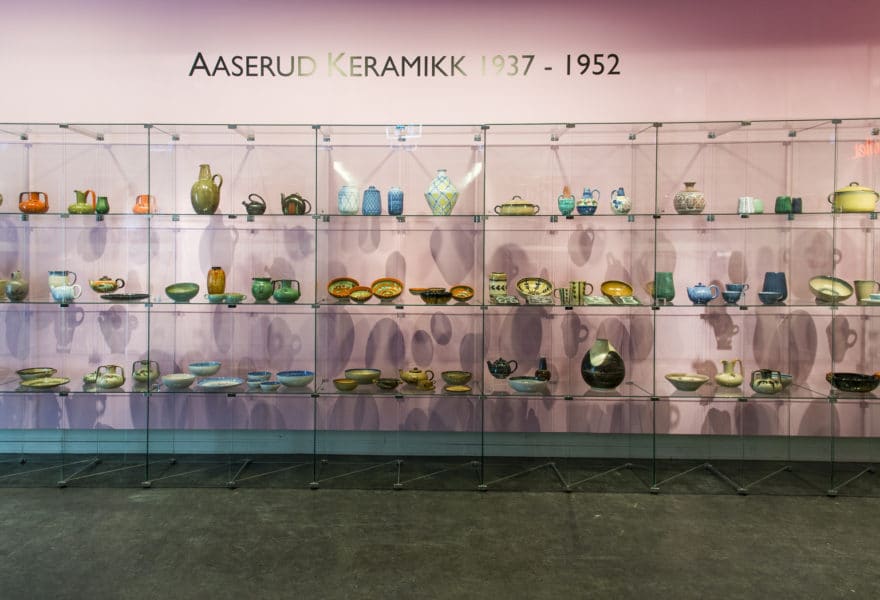 In the period 1937 - 1952, Aaserud brickworks in Nedre Eiker had a professionally run ceramics workshop. Like all arts and crafts, they had to balance the demands and interests of the market with artistic quality and discerning craftsmanship in turning, decor and glazing. and beautiful objects. All ceramics from modernism built on European and not least Chinese, Korean and Japanese models, and like the Asian models, this is applied art. In every fall since the end of the 18th century, there has been a debate about what distinguishes pure, free, high-value, useless art from artistic expressions that serve a function of use. The discussion has been about what artistic status decoration in carpets, tile floors and wallpaper should have, and what status gilded mirror frames should have and what status cups, vases, bowls, jugs and bowls should have, measured against sculptures and paintings.

In order to get away from the negative sound that lingered after the word "applied art", people started talking about handicrafts in the 20th century. For pottery, whether it was called handicraft or not, supported not only the so-called free art, but also the art industry, where designed utensils were industrially manufactured and mass-produced. This is a very important point, because it was the vulgarity and the plain form of mass-produced utensils, either for simple and imprecise forms or for complex and lavish forms, that started the Arts & Crafts movement in England in the 1850s.

Aaserud ceramics is a very interesting phenomenon when we see it precisely in this network of ideas and assessments. For Aaserud was also a brickworks with pure mass production. But it had a pottery workshop. Studio ceramics come in several forms, either as small pottery workshops such as Leach Potteries in St. Ives, England, where the great potter Bernard Leach combined high-quality pottery with marketing catalogs, orders and sales. Or it could be unique workshops where one great potter, such as Austrian-English Lucy Rie or Norwegian Torbjørn Kvasbø in our time, does everything. In e.g. Lucy Rie was the situation that she both turned, glazed and decorated, so that each object, bowl, bowl or vase, became completely unique. Such objects are today museum objects and collectibles and can achieve a very high price. And potters like Torbjørn Kvasbø, who exhibited in the Nøstetangen room here in the museum in 2013, work with pure art, since his ceramic sculptures do not serve any utility function.

At Aaserud, we see a combination of these two approaches. With potters as artistic director Magne Stueland and artisans such as Nils Bugge and Inger Bugge, we see studio ceramics that tend towards unique objects. We see this dichotomy between unique and series production in the distinction between hand turning and stencil turning. The stencil rotation took place by the clay being pressed out into a solid plaster mold, then a stencil was held down against the clay, so that both the outside and the inside of a bowl or bowl are firm and equal for each rotated object. So there is no individual expression in the different things. The objects thus become almost exactly the same. A good handrail could only perform a fraction of the number of stencil-turned works that were performed during the day by a skilled worker. But everything at Aaserud was decorated by hand, and it is in the nature of things that the glaze will also be a little different, even if a series is to be made for store sales or deliver to a larger order. The stencil work will be an intermediate between industrial product and handicraft, it became a theme with variations within each series.

Aaserud ceramics only existed for 15 years. All such projects are dependent on the market and since the art here meets commerce, changing tastes among customers will also affect both design and sales results. That Aaserud, after all, managed to keep up with quality production for so long has enough to do with a shortage of goods in the late thirties, and during and in the years after the war. Throughout the 1950s, new products came on the market and created competition. We also see how important it is with the most ambitious and gifted individuals. When significant potters go to work elsewhere and the ambitions no longer manage to find inspiration and nourishment in the pottery workshop and attract students from the School of Arts and Crafts, it ends up as at Aaserud, where towards the end pot pots were mainly produced.

The exhibition is a collaboration with Temte farm and village collection in Nedre Eiker. 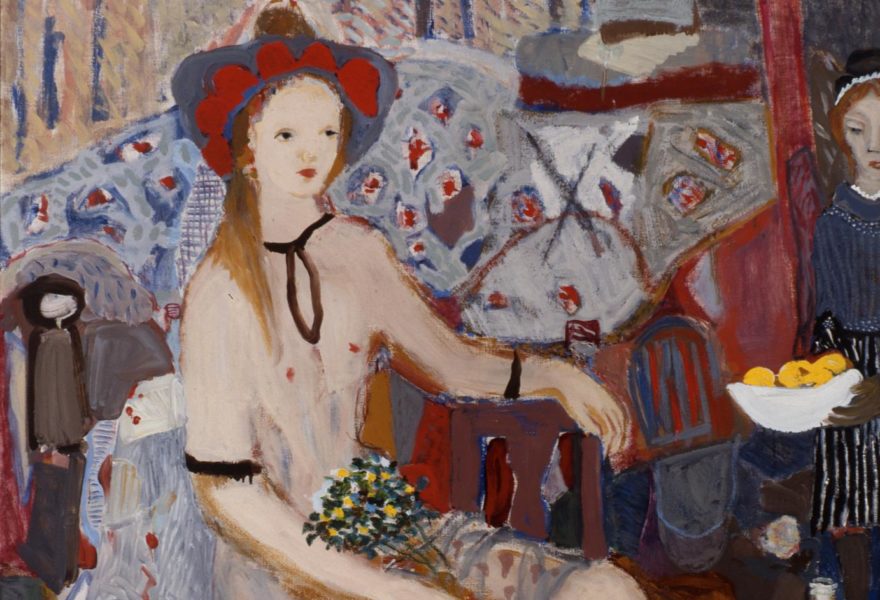 Modern art was inspired by modern industrial culture and is often seen as an urban phenomenon. Equally, it stood in opposition and promoted a counterculture with roots in tradition. Not least, folk art was an important source of renewal. Artists who worked in the direction of expressionism and abstraction could refer to the village's decorative painting with their free treatment of form and color. Artists who sought a geometric and ornamental design language pointed to millennial traditions for this. Modernist artists countered claims that the art they produced had no historical roots.